Back to all posts

Ep2: A Blue Ford Zephyr and a Candle in the wind

My earliest memory of listening to music whilst being in the car is a sensory one. I remember the yukky smell of cigarettes and leather in my Dad’s Ford Zephyr as we swooped past the houses and shops on the Watford Way from Mill Hill to Swiss Cottage. I started to open the window to get away from the smell.

I wanted to sigh loudly to show my annoyance, but I knew not to do that. I stared out through the window instead and drifted. Then Dad must have turned on the radio because I felt a different sensation as a song played with my attention. My head moved side to side with the melody of 'Candle in the wind' as my eyes tracked the houses outside as we drove by.

I didn’t notice the smells anymore, or any other thoughts about Mum and dad. I was in my own music video bouncing together with the car and the world outside and Elton John’s melodies. I roamed this new world alone in my bubble and I felt like I could step down from being on guard and just be for a moment.

The car came to a stop at the traffic lights by some tall flats at the top of Finchley road. "Not long to go now" I thought to myself as I watched the lights flip from Red to Amber to Green and then the car started moving again, slowly at first and then the thrill of the speed increasing.

It’s like a fizzy feeling inside but I’m perfectly still on the outside. Like I’m one of the moving pieces in a clock and all the other pieces are flowing together to make the clock work perfectly in time. Perfectly in time with everything else. That’s how it feels. No chaos, no disorder. Just smooth flow. 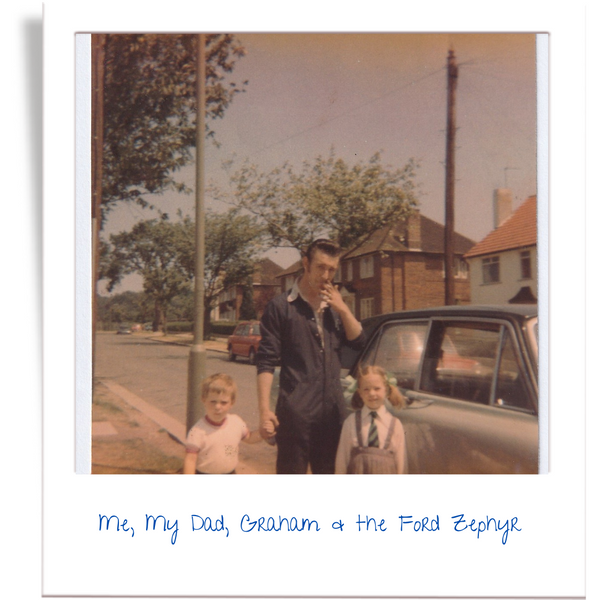 But the flow doesn’t last as we turn into my Aunt’s car park and come to a stop. A smooth stop, not a jerky one. My Dad drives well. But the car had to stop here as this was where we were travelling to. I’d like it to have been a car journey from home and back to home without stopping anywhere else but that’s not what my parents wanted to do.

The engine sound disappears and the music ends. The silence feels serious and I stiffen and hold my breath to stop it from making a noise. Mum smoothes out the creases in my dress and tells me to stand up straight. I thought I was straight enough but she seems worried that I’m not. I feel jittery inside and am on guard again, looking out for what might happen. I just want to get back in the car. I play the song in my head for some comfort.

That was my earliest memory of being in the car and hearing a song whilst moving.

The song was 'Candle in the wind' by Elton John and I've also chosen Eric Donaldson's Reggae version of this song to put into the playlist for this episode.  You can hear them and the other tracks from this Podcast here.

What’s your earliest memory of listening to a song whilst being in car? Can you recall the car? The song? Or both?

Join in by commenting below or on the Facebook Group here.